August 21st, 2017, is the first time in almost 100 years that much of the United States will get to see a solar eclipse in totality!  The path of the moon’s 70-mile wide shadow (considered “totality” because the moon will block out the entire sun) will travel across mainland U.S. in a continuous line, including many states close to my heart: Illinois, Kansas and Missouri.  We are fairly close to totality in southern Indiana, and my son and I are so excited to see it!  However, since the sun is very bright and emits UV and infrared waves, it is extremely dangerous to look directly at the sun, even during a total solar eclipse.

With this simple DIY Eclipse Viewer, you and your kids can safely view the changing sun without eclipse glasses! (Special thanks to my local MOM’s Club for coming to my workshop and being my models!)

Solar eclipse – The sun is really, really, really big…and the moon is rather small in comparison (It would take 400 moons lined up to equal the width of the sun). Since the moon is so much closer to the earth, it looks to to us like the sun and the moon are the same size.  An eclipse occurs when the moon passes between the sun and earth, and appears to covers up the sun.  Actually the moon’s shadow is being cast across the earth.  It is in the path of the moon’s shadow that we experience a total eclipse of the sun.

Ultraviolet waves – UV waves are a form of radiation that is emitted by the sun.  These waves are what cause sunburns, skin cancer and eye damage.  During a solar eclipse, the sun appears less bright and people could be tempted to look directly at it.  However, the UV waves are still as strong as ever and capable of doing irreparable damage to your eyes!

HOW TO MAKE A SOLAR ECLIPSE VIEWER

Click on this link to follow these instructions put out by the Boy Scouts of America.  There is a great video on the site to guide you through!

THE SCIENCE BEHIND IT

This type of viewer works much like a pinhole camera: the light from the sun enters through the pin hole and projects an image of the sun onto the white paper.  (This is the same thing that is happening when light enters our eye through the pupil! Rather than a ‘projection screen,’ we have a brain to interpret all that light into the things we see.) You can use the viewer to observe the sun on a normal day as well.  I would definitely recommend testing out your viewer before the eclipse to get an idea of what the sun looks like.

Here are a few other resources I found to help you and your kids enjoy Solar Eclipse 2017! 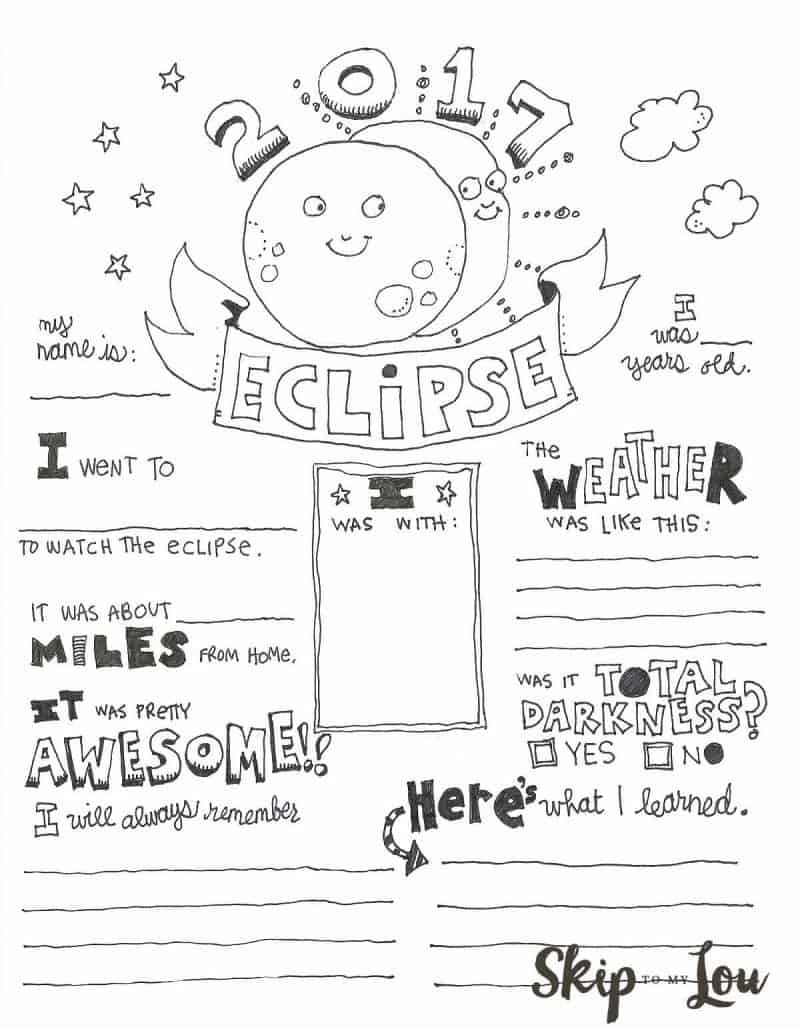